Golden Oldies to the Fore

Golden Oldies to the Fore

Businesses are at last realising that silver can be turned into gold through strategic targeting of the evergrowing older consumer market. In every country, there are more and more elderly people comprising a percentage of the population. These baby boomers represent a valuable market with massive buying power, ignored at the peril of any enterprising digital marketer. The older generation loves online shopping and tech gadgets almost as much as millennials, even if they use these differently. The latest statistics show sixty-seven percent of 65-74-year-olds are internet-savvy and over-55s go online daily, with more than fifty percent of those aged 70 in the UK on Facebook, and sixty-eight percent of 50-59-year-olds.

With 60 being touted as the new 40, many of the silver generation now begin each day declaring they will NOT let the old man/woman in. They think young, dress young and live life to the full with gusto and energy. At House and Home Sitters, many of our more than 250 house sitters are retired folk who travel the world and live the dream, staying in mostly upmarket homes while doing local sightseeing, and for those who love pets but no longer have any of their own, indulging in pet care. A study by LloydsPharmacy indicated half of the UK’s adults feel at least 6 years younger than they are, and many feel up to 15 years younger. 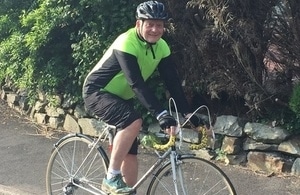 In this article, we highlight some trends which show big business is finally catching on. If you’re an SME or solo entrepreneur, ask how your business can adapt to the needs and preferences of older consumers?

More than 200 million Chinese participate in group square dancing. An app developed in 2015 called Tangdou (“Jellybean” in English) now plays a daily role in getting China’s dancing grannies (and grandpas) together at over 4,000 events for over 500,000 granny dancers every single month. Their popular saying is “If you dance fast enough, the loneliness will not catch up”. The huge Chinese conglomerate Tencent was recently behind a successful Series C funding round which brought to a total $100 million in funding for Tangdou. Tencent clearly has the foresight to recognise the market potential in this largely untapped senior market. Contrary to popular belief, square dancing did not originate in America but has been around in China since at least 2350BC during the rule of legendary Emperor Yao. Ages ago, it was shown dancing could “promote appetite, strengthen muscles and bones, and get rid of fatigue,” wrote one historian on Chinese traditional medicine. It is estimated by 2050 senior citizens will comprise about 35% of  China’s population, 487 million people…

Currently, only about 1% of innovation worldwide is directed to those over age 50. With the older generation healthier and wealthier than ever before,  one might imagine that chasing their buying power should be a priority for all businesses.

Silver citizens aged over 55 on WeChat are its fastest-growing demographic, some 63 million of its over 1 billion users.

Perennial has brought to market vegan milk for the over-50s. Cholesterol-free, no GMOs, no artificial sweeteners or flavouring, and lactose-free, this plant-protein milk claims to provide all the nutrient needs of those 50+ adults who seek a healthier alternative to dairy milk. This will surely become a winner.

McDonald’s is engaged in a drive to employ 250,000 older workers this summer.  Driven by increasing difficulty finding younger workers to fill vacancies, this fast-food chain says its jobs are being posted on AARP’s online job board to reach low-income applicants, and also piloting a job-matching service for seniors in five states. It would be nice to say this is because older folk have proven friendlier and more service-oriented than millennials but sadly, this is also due to many older folk struggling financially. They have no alternative but to continue working, even at the minimum wages paid by McDonald’s; roughly a third of Baby Boomers only have £20.000 or less in retirement savings. That’s a huge number of older people who face financial challenges and who must work regardless of age.

By next year, more than half of the UK’s population will be 50 or older – and they control just under eighty percent of all wealth, something ignored by businesses at their peril.  in 2015, one in 12 people around the world were over 65, by 2050 it will be one in six. Forty-five percent of UK ad agency staff are under 30, creating a significant age gap between those creating ads and those to whom they are aimed. People in their 50s might be better suited to identifying with the silver-haired folk in a vibrant, rather than patronising, way. Older customers are very diverse and should not be treated as a single sector which requires only a general approach. It has been shown that in the UK the online trend of reverse showrooming is growing quickest in this older-person demographic and that there is no age difference when it comes to online shopping, whether 25 or 75.  Older folk are more likely to get engaged in long blog posts which require concentration and thought, so businesses that provide this type of content will capture the attention of this valuable market segment. We at House and Home Sitters do our best to support retired singles and couples as we find that generally, they make the most reliable house sitters – and pet sitters, too. Pictured here on an actual house sitting assignment is our Mr John Rockley; he and his wife, Rita are seasoned house sitters and have handled many successful house sitting assignments for us.